PHILADELPHIA – On Aug. 31, 2022, WURD Radio will host its ninth annual Founder’s Day community celebration to honor the legacy of Walter P. Lomax Jr., M.D., the station’s pioneering founder and one of Philadelphia’s leading physicians, entrepreneurs and philanthropists. The celebration will take place from 9 a.m. to 5 p.m. at the Free Library of Philadelphia at 1901 Vine St.

A signature event of WURD Radio since 2013, this year’s Founder’s Day marks the event’s first return to in-person programming since 2019. The 2021 Founder’s Day celebration featured virtual programming in addition to a ceremony naming Walter P. Lomax, Jr. M.D. Way at 18th and Wharton streets, the site of his first medical center.

“Founder’s Day is one of the most significant events on WURD’s robust calendar of community events,” said WURD President and CEO Sara Lomax-Reese. “It’s an opportunity to celebrate the importance of Black-owned media outlets like WURD, which my father acquired 20 years ago in order to ensure that Black Philadelphians always had a voice. On Founder’s Day, we center all of our programming and activities on three of my father’s deepest passions: independent media, community health, and Black wealth creation.”

Founder’s Day is free and open to the public. The day’s events will be broadcast from the library, and listeners can tune in on 96.1FM/900AM, wurdradio.com, the WURD app, and WURDTV live-streaming on Facebook and Twitch.

The centerpiece of Founder’s Day programming includes conversations with Philadelphia community and business leaders on topics that impact the city’s Black community and beyond: land ownership and generational wealth, Black women in technology and innovation, and an examination of violence in the city as a public health issue.

In addition, WURD hosts will participate in a roundtable discussion on the role of independent Black media in turbulent times, particularly in the months leading up to a pivotal midterm election in which eyes across the nation are focused on key Pennsylvania races.

“Founder’s Day is not only a celebration of my father’s core values and his impact in Philadelphia, it is an opportunity to engage WURD listeners and the broader Philadelphia community,” Lomax-Reese said. “Whether you attend Founder’s Day in person or listen to programming on air or online, you will gain an appreciation for the richness, diversity, and influence of Black people and culture in Philadelphia.”

Below is an outline of WURD Founder’s Day programming and confirmed featured guests:

Moderated by Andrea Lawful Sanders, host of The Source

Moderated by Sara Lomax-Reese, President and CEO of WURD

3 to 4:30 p.m. – WURD Host Roundtable: The Role of the Black Press in Perilous Times 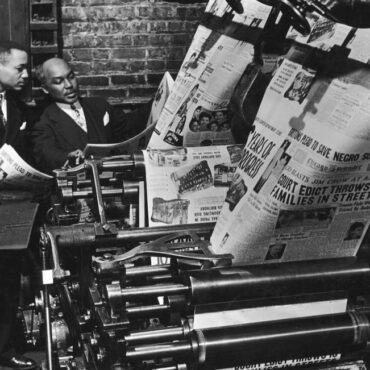 By Madhusmita BoraThe killings of George Floyd, Breonna Taylor and Ahmaud Arbery and the heightened discourse on racism in 2020 on Main Street and Wall Street unleashed a flood of promises in support of Black- and Brown-owned media companies. There was renewed focus on diversity, equity and inclusion initiatives, and many corporations and ad giants promised to do better by dedicating a comparatively higher percentage of their media spend on Black- […] A Word from WURD About the Philadelphia Mayoral Race