There are times when criticism of American policing is not only warranted but necessary. Jan. 6, 2021, was not such an occasion. On that day, when a traitorous commander in chief turned an armed mob against them, the U.S. Capitol Police stood and fought.

Yes, one could argue, as I often have, that the officers would have reacted with a barrage of gunfire if the insurrectionists had been Black, but there is no disputing that the Capitol Police, with some assistance from the Washington Metro Police, showed valor. Today they bear the scars.

Some of their wounds were physical, like the injuries sustained by former Metro Police Officer Michael Fanone, who was beaten on the Capitol steps. Officer Brian Sicknick died the day after fighting Trump’s mob, and though the coroner later declared that Sicknick had succumbed due to natural causes, Sgt. Harry Dunn, in testimony before Congress, said Sicknick “died from injuries he sustained in the line of duty defending the Capitol of our beloved democracy.”

Dunn was one of the heroes of Jan. 6 because he was willing to speak those kinds of truths. But when Dunn began to speak about what he’d endured not only as a police officer but as a Black man, some of Dunn’s fellow officers were offended. They thought he was making it “all about race.”

Click here to read the full column in the Philadelphia Inquirer. ICYMI: Here’s a roundup of the biggest topics of conversation this week on WURD Radio. Thursday marked the one-year anniversary of the Jan. 6, 2021, riot at the U.S. Capitol. Below is a roundup of WURD's reflections on the day, including interviews with: Karl Racine, attorney general of the District of Columbia  Craig Harrington, senior research fellow for Media Matters Lauren Victoria Burke, media owner and independent journalist  Dr. Robert […] 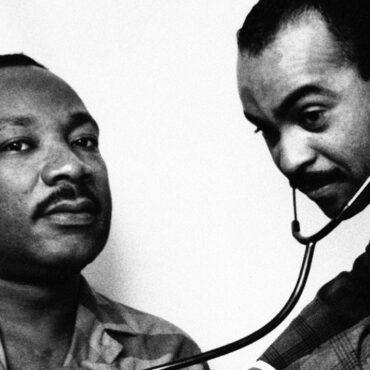 We’re compiling a list of Philly’s proactive addiction resources. Help us find them.