Why Tech Advocates in Philadelphia Are Optimistic About 2021

Written by Plug Contributor on January 15, 2021 The past year has laid bare a lot of pre-existing inequities in the Philadelphia tech sector, ranging from lack of racial and gender diversity, to salary and venture capital funding disparities, among others. Yet while many individuals are quick to throw 2020 away, tech advocates have found positives in the historic year, and such accomplishments have not gone unrecognized by the city or private-sector companies — a trend advocates hope will continue in 2021.

Sylvester Mobley, founder of Coded by Kids and OnE Philadelphia, recently received $215,000 from Philadelphia’s Department of Commerce for the organizations’ collective goal of mentoring startup founders and placing underrepresented young people in high-quality tech internships. The $500,000 funding round distributed to several Philadelphia based organizations in late November was part of the PHL: Most Diverse Tech Hub Initiative, an effort to help diversify a tech workforce historically ridden with racial and gender inequities. Prior to the pandemic’s onset, the Philadelphia region’s tech workforce was already majority white, male, and non-Hispanic, a report from the Economy League of Greater Philadelphia found in April. Studies have shown that the increase in remote work as a result of the pandemic has exacerbated the racial digital divide, as well as the industry’s gender gap, yet advocates feel motivated by recent funding rounds to help combat such disparities.

“I think it is a very good start for the city to be under the financial constraints that it’s under…as a result of the pandemic,” Mobley said, admitting that the amount itself is small compared to the magnitude of the problems the organizations seek to fix, but that it is a step in the right direction. “A lot of city governments under the same financial constraints would have just pulled back and said we can’t do anything, and the fact that the city is willing to…make commitments goes a long way to show that this is something everyone is committed to.” 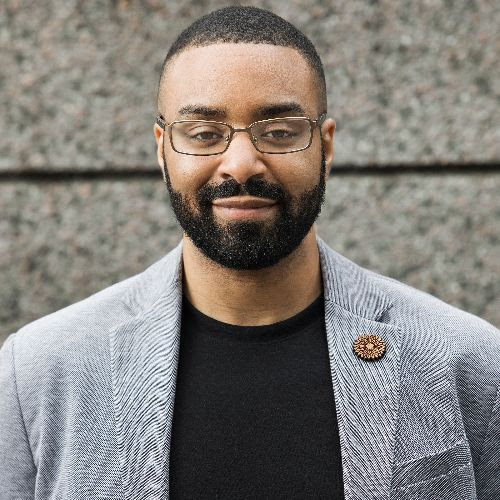 Sylvester Mobley, founder of Coded by Kids and OnE Philadelphia

Although Mobley found the largest impact of the COVID-19 pandemic to be the forced shift from in-person programming to virtual programming and the struggle to reach similar levels of engagement, he noted that the year’s widespread protests for racial justice haven’t changed the work that he does. He did note, however, that it has facilitated the space for greater dialogue that previously did not exist.

“Prior to this summer, we lived in an environment where it was very easy and convenient for people to say we live in a post-racial society, or that these things aren’t really that big of a deal anymore,” he said. “This summer kind of shattered all of that.”

Like Mobley, Ashley Turner of Philly Tech Sistas, which aims to change the white, male narrative of tech, and help women of color gain skills to excel in the tech industry, reflected on the effects of the pandemic and the racial justice protests on its work. While the once five-six-hour, in-person skill-building workshops her organization offers were trimmed and made virtual at the onset of the pandemic to accommodate the effect of too many hours in front of a computer screen on people’s cognitive functions, Turner opted to make them free. She wanted to limit the potential barriers to getting involved with the organization, which she found to increase access and helped the organization grow.

“A great thing that has happened with COVID-19, because we are online, is we’ve been able to expand our reach,” she said. “I’ve always envisioned Philly Tech Sistas growing to different cities, and now we’ve been able to do that in a more informal way, because we get people from around the nation to join our workshops.”

She added that the pandemic is the perfect time for people to create new opportunities and start their own businesses, for which they would benefit from learning digital and coding skills, given that “there’s not one industry that doesn’t use technology right now.”

Turner has credited the events of this past year for enabling organizations and corporations to reflect on how they have conducted business and how they should do so in the future.

“Now is the time to reassess, to re-evaluate which direction that we as a nation want to go in,” she said. “A lot of people have been questioning why these disparities exist, and a lot of people have been doing research and looking into their own companies and businesses and thinking about ways that they can change. And that is a good thing.”

Venture for America (VFA) shares the emphasis Turner placed on startups, especially amid the COVID-19 pandemic. The national organization, whose Philadelphia branch was another recipient of the city funding, seeks to create economic opportunity across American cities through entrepreneurship. Believing that apprenticeship is the method to achieving that goal, the organization runs a two-year fellowship program for recent college graduates to work with startups, including in the tech industry, and eventually create their own startups.

“Year after year, Philadelphia is one of our strongest markets, so we don’t have to actively recruit as hard with our companies, or with partner schools in the area, so we wanted to create more intentionality in who we partner with, both from the company partner side, and the HBCU college, university, campus side,” Alison Garber, VFA’s senior director of community partnerships, said of the funding, stressing the importance of having company partners who look like the students who would be working with them.

Garber also emphasized the importance of working with city-based organizations, such as Coded by Kids and Philly Startup Leaders, who are “on the ground, making the work happen.”

Gulsun Cavusoglu, VFA’s director of Philadelphia, said in addition to moving fellowships online and pushing back the application timeline, the pandemic and racial reckoning encouraged fellows to get more involved in the community.

“We had a fellow that collected [personal protective equipment]; they’re protesting, they’re speaking up, they want to get involved with what’s going on in Philadelphia and nationally,” she said.

Despite the challenges of the pandemic, Garber said almost 100% of the Class of 2020 is pleased with its placements, largely due to the opportunities in Philadelphia.

“Philadelphia disproportionately had opportunity, so about 20% of the class did come to [Philadelphia],” Garber said, calling it a reflection of the quality of the entry-level tech scene in the city. 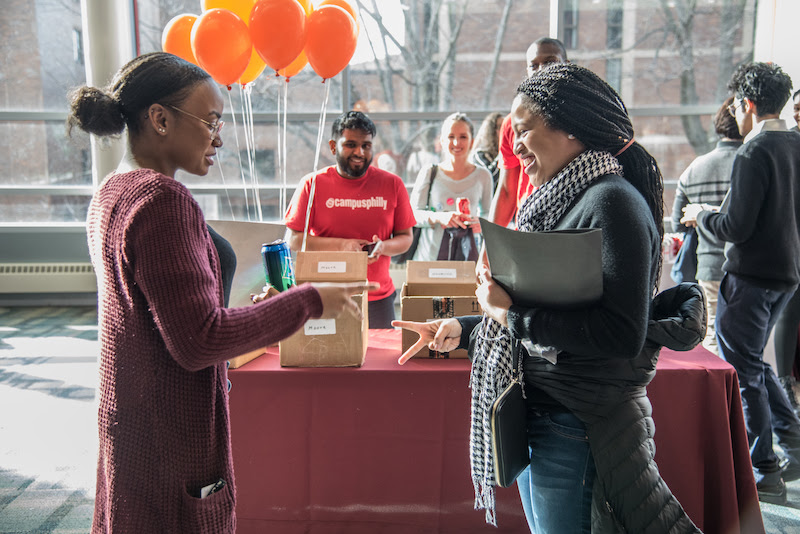 Participants at a Campus Philly event before city COVID restrictions

Cavusoglu, who just started her job in late November, said she looks forward to improving diversity, equity, and inclusion initiatives and working with other organizations in Philadelphia to build a stronger ecosystem in the city — a goal Deborah Diamond, outgoing president of Campus Philly for ten years, shares.

“We shouldn’t be doing this work in silos,” Diamond said, adding that Campus Philly’s summer internships will be coordinated with Coded by Kids and Technical.ly Philly. “We have the opportunity to knit together more programs and initiatives so that people are being served in more holistic ways and we are able to make a greater impact.”

Campus Philly, which was another recipient of the city funding, seeks to grow the city’s economy by partnering with colleges and universities to help students enter the workforce, as well as with corporate members to help them develop talent pipelines and diversify their industries. The organization used its funding to hold a virtual career fair in November for Black and Brown students interested in tech careers to help place them in summer internships, which was attended by over 200 students from over 30 colleges and universities across the country.

For Diamond, the ability to target students from outside of the Philadelphia area because of the remote nature of programming has been a silver lining of the pandemic. Similarly, she said the global push for racial justice has heightened awareness of the inequities underrepresented and underserved college students face.

“We’ve been approaching this as implicit to our work, that growth needs to be equitable and that students aren’t all similarly circumstanced … and we realized that’s not enough, and we need to make it explicit,” she said, emphasizing the importance of the tech event for Black and Brown students.

Like Diamond, Mobley is pleased with the attention and financial support the movement received in 2020, but he made clear the importance of long-term commitments to equity in Philadelphia’s tech sector. He also noted that it’s easy for people to turn their attention toward other things if they are not personally impacted by the issues at hand.

“There’s not a lot that we can do [to keep people invested], other than continuing the drumbeat of ‘this is why we do what we do, and this is why it’s important,’” he said.

Mobley said this is not only a big moment for Philadelphia, but the country as a whole, and that communities across the country need to ask themselves whether or not their citizens are getting access to the same opportunities as everyone else.

“There needs to be more of a collective consciousness, within not just Philadelphia but within our nation…And we all have to keep this top of mind, we all have to remain focused on this, if we’re ever going to achieve it,” he said.

Original publication found on The Plug

This story is part of a partnership with WURD radio covering technology, business, and innovation in Philadelphia. This vital work is possible with support from the Philadelphia COVID-19 Community Information Fund, an effort by Independence Public Media Foundation (IPMF) and the Knight-Lenfest Local News Transformation Fund (Knight-Lenfest Fund).

The Spirit of a King: Living the Legacy of the Activist Clergyperson